Giving effect to its 5-year strategic plan to 2027, to step up its engagement with UN human rights mechanisms and international organisations, Asia Centre undertook an outreach mission to Geneva, Switzerland during April 2022.

This mission stems from the Centre’s continuous growth over the past seven years which has seen it achieve the following:

Similar missions were undertaken by Asia Centre to Australia, China, Japan, New Zealand, South Korea, Taiwan, India and the United States between 2015 and 2022. A forthcoming mission to Canada will take forward such strategic outreach.

Spearheaded by Dr. Robin Ramcharan, the Centre’s mission to Geneva from 7 to 22 April followed a similar mission in  2020, prior to the pandemic. On this occasion, the Centre secured its access to the Geneva International and to UN premises. It also explored collaboration with think tanks and IOs in Geneva. 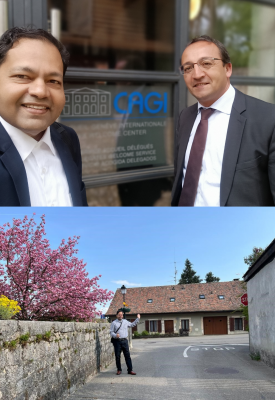 Building on existing relationships and work the UN mechanisms and civil society organisations in Southeast Asia, it seeks to take its advocacy to a higher plane through the establishment of a representation office in Geneva and building coalitions with like-minded think-tanks and CSOs.

Dr. Ramcharan discussed the Centre’s work and strategy with Ambassador Salman Bal, who heads the Geneva International, a platform that services major international organisations and NGOs in Geneva. This was undertaken with a view to setting up a representation office.

The Centre therefore filed its registration papers with the Centre d’Acceuil de la Genève International (CAGI), or Geneva Welcome Centre. This step signifies clearly the Centre’s intention to step up its human rights dialogue with stakeholders from the regional level to the international level, to contribute to upholding universal human rights norms and to realizing progressive change at the ground level. 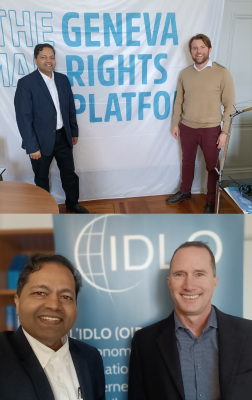 Dr. Ramcharan also met with a number of organisations and think tanks, including the Geneva Human Rights Platform of the Geneva Academy for International Humanitarian Law and Human Rights. He and Mr. Domenico Zipoli of the Platform explored collaboration on projects aimed at increasing the compliance of states with their obligations to human rights treaty bodies.

He also explored potential collaboration on rule of law and justice issues with Mr. Marc Cassayre, Permanent Representative in Geneva of the Rome-based International Development Law Organisation (IDLO). Both the Centre and IDLO share common interests in a producing knowledge tools on key justice issues. 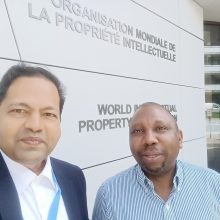 The WIPO engages on global issues connected to intellectual property rights such as the traditional knowledge of indigenous peoples, the right to health and the right to a clean environment.

This outreach, builds on Asia Centre’s prior engagement with Geneva-based organisations in February 2020.

The Politics Of Conflict