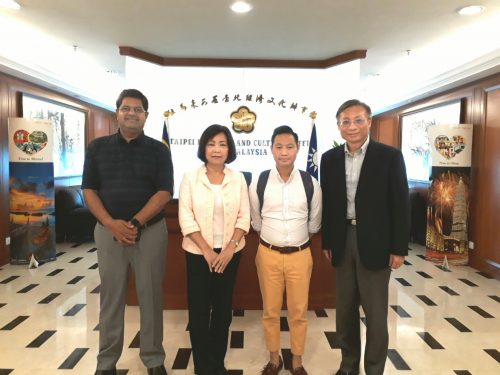 Earlier on 5-7 December 2019, Drs. James Gomez and Robin Ramcharan presented a paper on “The ASEAN Intergovernmental Commission on Human Rights (AICHR): Normative and Institutional Pathways towards an Enhanced Protection Role”. Thereafter from 8-11 December 2019, with Partnership Coordinator Charlotte Tseng, the Asia Centre team had a series of meetings in Taipei and lectures at National Chengchi University. From 12-14 December 2019 Dr. Gomez travelled to Kaohsiung and signed an MOU with Wenzao Ursuline University of Languages and delivered a public lecture at the National Sun Yat-Sen University. See link for details.

On 18-23 October 2019, Asia Centre’s Executive Director Dr. Robin Ramcharan at the invitation of the Council of Asian Liberals and Democrats (CALD) and the Democratic Progressive Party (DPP) of Taiwan participated in the 40th CALD Executive Committee Meeting in Taipei on the theme of political innovation in the era of disinformation. Dr. Robin Ramcharan presented Asia Centre‘s research on fake news legislation in Southeast Asia during the panel discussion entitled Legislating to Address Digital Disinformation at the Defending Democracy Against Disinformation: Stakeholders Analysis and Intervention meeting.

Earlier on 9-13 September, Dr. Gomez was in Taipei to attend the “Defending Democracy Through Media Literacy II” International Workshop from 10-11 September. The event was organised by The Taiwan Foundation for Democracy (TFD) andco-hosted with the Ministry of Foreign Affairs (MOFA), the American Institute in Taiwan (AIT), the National Democratic Institute (NDI), the International Republican Institute (IRI), the Japan-Taiwan Exchange Association, and the Swedish Trade and Investment Council. On 12 December 2019, Dr. Gomez participated in the U.S.-Taiwan Consultations on Democratic Governance in the Indo-Pacific Region.

In Bangkok, on 3 July 2019 Asia Centre welcomed staff and students from Wenzao Ursuline University of Languages who learned about the Centre’s work in the Southeast Asian region. Assistant Professor Cathy Yi-Hung Liao discussed the signing an MOU between the two institutions and welcomed Dr. Gomez to an official MOU signing during the Asia Centre visit to Kaohsiung in December 2019. 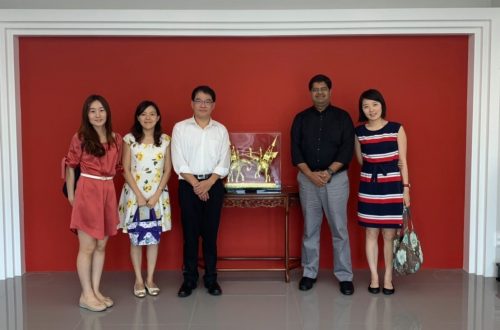 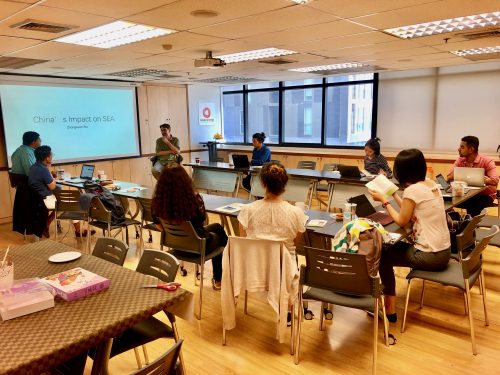 On 28 May 2019, Bo Tedards, Director of International Cooperation Department, Taiwan Foundation for Democracy came to Asia Centre where he responded to Asia Centre research on China’s influence in the South East Asian region. TFD is a regional partner of Asia Centre and both institutions have cooperated since the establishment of the Centre.

On 22 May 2019 Asia Centre welcomed for three months Wei-Wen Wang, the first intern from Taiwan. Wei-Wan graduated from the National Taiwan University with a B.B.A. in International Business and moved to pursue a Master’s degree in Development Practice at the University of California. At Asia Centre, Wang researched on fake news, online disinformation and hate speech in Asia. She embodied Asia Centre’s mission to connect with Taiwanese institutions. 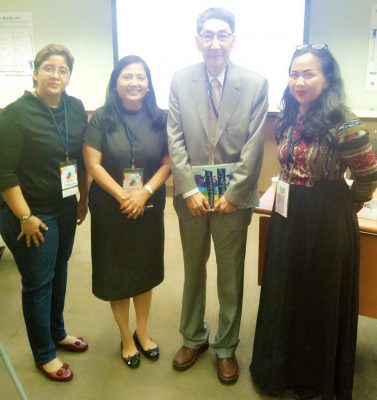 On 11 March  2019, Dr. Gomez was in Taipei to represent Asia Centre at a two day event, “A Civil Society Dialogue on Securing Religious Freedom in the Indo-Pacific Region”. Taiwan’s President Tsai Ing-wen presented the welcome remarks during the opening of the conference. The event was the first International Religious Freedom Roundtable outside of U.S. Capitol in Washington D.C.

The above visits and interactions planned and undertaken in 2019 build on activities undertaken by Asia Centre in November 2018.

On 9 November 2018, Dr. Gomez discussed at Soochow University the use by Taiwanese CSOs of the different UN human rights mechanisms to plan submissions on issues that affect Taiwanese nationals and companies. In his presentation, “The UPR of Southeast Asia: Civil Society Perspectives”, Dr. Gomez highlighted the pollution caused by the Formosa company in Vietnam and how these concerns were raised during Vietnam’s UPR in January 2019. 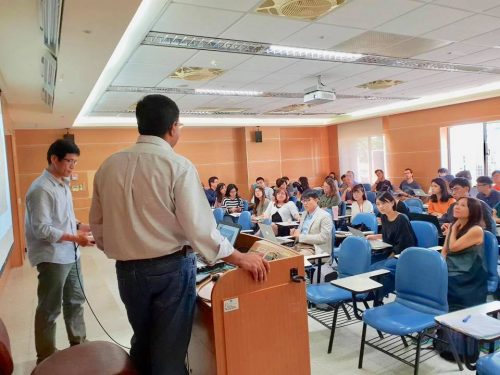 At National Chengchi University (NCCU), on 6 November 2018, Dr. Gomez led a discussion on Fake News & Elections in Southeast Asia where China’s use of misinformation for the purpose of causing divisions in Taiwanese society were debated. Taiwanese scholars and officials present expressed concern that fake news from China was a “national security threat” having possible negative influence on local elections on 24 November  2018.