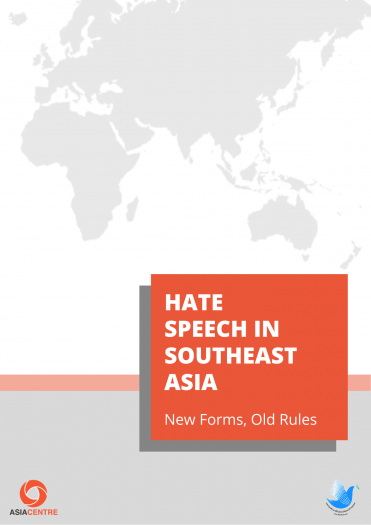 Hate speech, often disseminated online, is increasingly a problem in Southeast Asia with consequences of violence and communal strife. As a result, several countries in Southeast Asia such as Singapore, Malaysia, Myanmar and Thailand have introduced or are revising bills aimed at securing social, racial or religious harmony. Non-legal measures to foster social cohesion, interfaith dialogues and social harmony activities have also been used to address hate speech and promote cross-communal understandings. A majority of states in Southeast Asia have also signed the International Convention on the Elimination of All Forms of Racial Discrimination (ICERD) to signal their committment to to the elimination of racial discrimination and the promotion of understanding among all races. This report recommends a range of measures to alleviate these concerns. Among them, is a primary recommendation to officially recognise newer forms of hate speech and a set of secondary recommendations to promote understanding and diversity. All which should not result in any discrimination or infringement of rights.