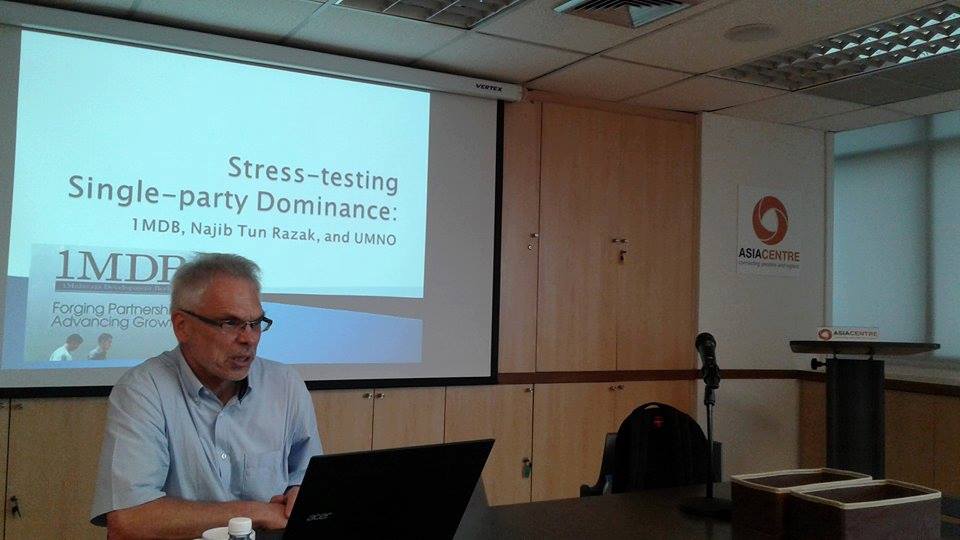 from the 1MDB scandal and is likely to
continue in power despite the widespread feeling that it would lead to his ouster. This was Professor William Case assessment of the financial scandal that has dominated Malaysian politics since mid 2015.

The Asia Centre roundtable on 10th May 2016, entitled Stress Testing Single-Party Dominance in Malaysia, saw over a dozen people gather after lunch to discuss the changes precipitated by the 1MDB scandal and how Nabjib
has managed to weather the storm. Professor Case,a well-known Malaysian studies scholar, provided the latest updates on the situation and shared his analysis. 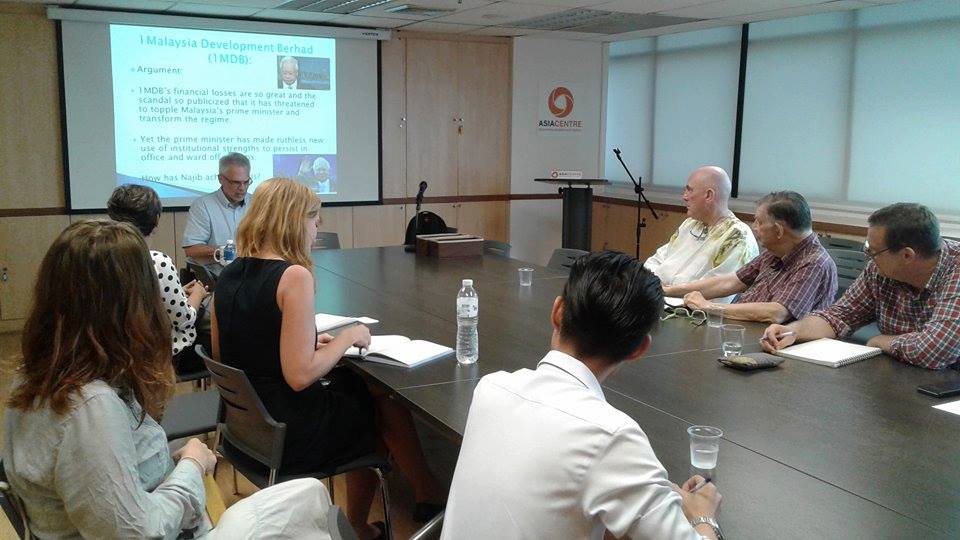 At the center of the scandal is missing funds that were traced directly into Najib’s personal accounts. The reports led to mass protests, demands for Najibs resignation and the formation of new coalitions against Najib. Chief among the anti-Najib camp, is former Prime Minister Mahathir Mohamad mobilizing a ‘Save Malaysia Movement’ for a political challenge.

In spite of the momentum against Najib, the observations at the roundtable was that the dominance of UMNO as a patronage machine prevails in ensuring Najib’s survival and continued dominance. According to Prof. Case, the stable authoritarianism practised by the state and the resilience of institutions like UMNO have effectively countered the destabilising pressures created by the scandal.