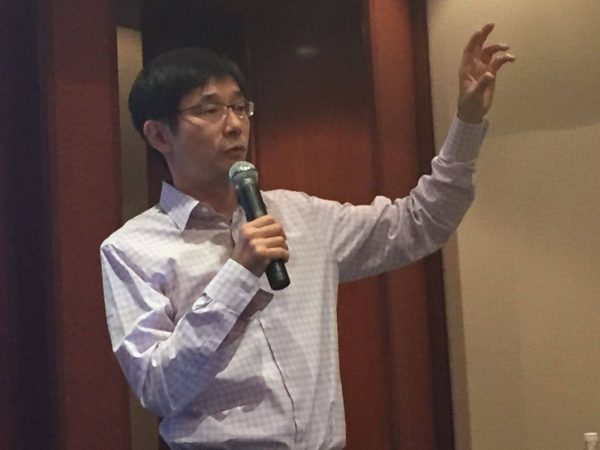 activist Toshi Kazama held a photo exhibition and discussion of his work on 11 October 2016 at The Sukosol Hotel. Asia Centre facilitated the discussion and networking session following Mr Kazama’s presentation which focused on how he uses photography as a tool to express his point of view on human rights and specifically on the death penalty. 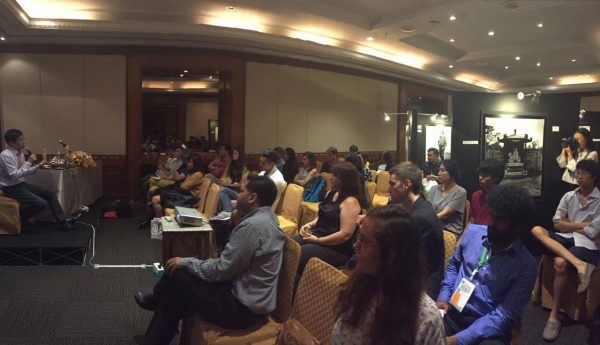 A diverse crowd of about 35 people came together to listen to Mr Kazama narrate the stories behind each picture exhibited; those of people on death row and the execution methods in various countries. Asia Centre’s Dr. Robin Ramcharan managed the audience’’s queries on Mr. Kazama’s perspective on the use of the death penalty in the ASEAN region.

This audience discussion was followed by a networking session where participants could view the  photo exhibition and further their conversations with Mr. Kazama. 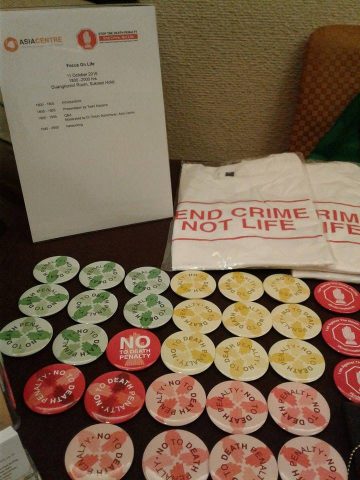 The Focus on Life discussion and photo exhibition was part of the End Crime Not Life regional campaign against the death penalty which will continue its tour through major cities in ASEAN. You can learn more about the campaign at the following link: http://www.endcrimenotlife.com/

The photo exhibition, discussion and networking was a parallel event to the SEAHRN 4th International Conference on Human Rights and Peace in Southeast Asia facilitated by Asia Centre.