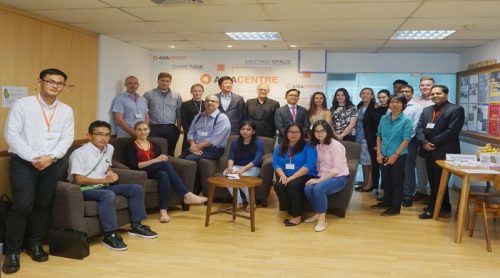 To take stock of the situation, one year after the 2017 mass exodus of Rohingya fleeing violence and persecution by the Myanmar Government and military, the Asia Centre convened a one day conference titled “The Rohingya Crisis: A Multidimensional Tragedy”, on 24 August 2018. Experts participating in the conference came from around the world, including Australia, Bangladesh, Ireland, Japan, Norway, Switzerland, the United Kingdom and the United States. The participants noted, one year on, the prospects of a deepening humanitarian crisis and of achieving justice are prolonged indefinitely into the future. The analysis was that pursuit of justice for the victims and accountability for crimes perpetrated will be hard to achieve as Myanmar enjoys the protective cover of ASEAN’s non-interference principle, regional commercial interests in Myanmar and a regional geopolitical climate that does not favour the protection of human rights.

From this analysis one year on, Asia Centre has been focused on ASEAN’s intervention or lack there of in relation to the Rohingya refugee crisis. On 6 November 2018, Asia Centre’s Dr. Robin Ramcharan and Centre Associate, Dr. Kenneth Houston spoke at the Peace and Conflict Resolution Conference 2018, Bangkok, which was hosted by Tomorrow People Organization. They presented on ASEAN lack of effective engagement and solutions for the Rohingya refugees. On October 31st 2018, Dr. Gomez spoke at a well-attended talk organised by the Political Science and International Relations Programme of Victoria University of Wellington, New Zealand.  In his speech, titled the “Rohingya Crisis: Is Human Rights Advocacy Working?”, Dr. Gomez touched on how ASEAN continues to provide Myanmar protective cover through the bloc’s non-interference policy while China, India and Japan prioritise wooing Myanmar for their strategic interests. He further added, “Constructive engagement” and behind the scenes conversations with Myanmar has to date proven ineffective in either preventing human rights violations and providing security and justice for Rohingyas and other minorities in the country.

On 23 October, Dr. Gomez was an activist-in-residence at CARE, Massey University, New Zealand where he conducted a workshop on developing an advocacy strategy at the ASEAN level on the Rohingya refugee issue. The purpose of the workshop was to equip aspiring advocates with the ability to develop and produce a multi-country Southeast Asian project to enhance advocacy surrounding the plight of the Rohingya refugees in the region. Following the event, Dr. Gomez also interacted with Dr Murdoch Stephens of the Doing Our Bit campaign to double the quota of Rohingya refugees to New Zealand. 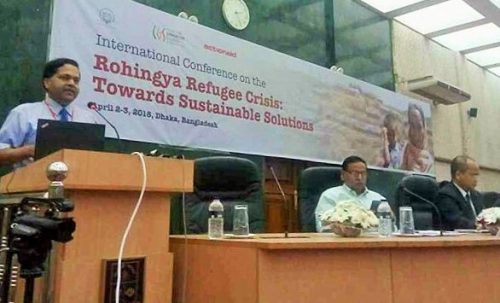 Asia Centre has also made media appearances advocating for a change in the Rohingya status quo in Southeast Asia. Based on research undertaken at the Centre, its representative comment on developments related to the Rohingya refugee crisis as they evolve. Asia Centre’s, Dr. Gomez was live on Al Jazeera TV on 18 July 2019 to respond to US sanctions against the Myanmar generals and the arrival of the ICC delegation to Dhaka at that time. Dr. Gomez said more effective sanctions are needed and further cooperation with the ICC will determine if there can be real accountability for the crimes against the Rohingyas. On 5 November 2018, Dr. Gomez was interviewed by Lynda Chanwai-Earle, a researcher from Asia Media Centre at the Asia New Zealand Foundation which later published the article “Key Issues: Rohingya Crisis” featuring the role of ASEAN in the refugee crisis. In another media engagement, Dr. James Gomez also spoke to ABC News (Australian Broadcasting Corporation) from Tokyo on Friday, 28 September 2018 on the Rohingya refugee issue after the Canadian parliament voted to strip Myanmar’s Aung San Suu Kyi of honorary citizenship. While the Canada vote was a step in the right direction and strong symbolic gesture, Dr. Gomez urged Australia and New Zealand to put pressure on ASEAN members to do more for the Rohingya refugees. Asia Centre’s commentary titled “ASEAN’s non-interference policy hinders Rohingya justice” was featured in The Independent Singapore on 2 September 2018. The commentary argued that ASEAN’s policy of non-interference has literally resulted in non-action allowing the Rohingya crisis to grow. It reinforced the point that ASEAN indirectly provides Myanmar regime continued cover and effectively denying the Rohingya and other affected communities the justice they truly deserve. 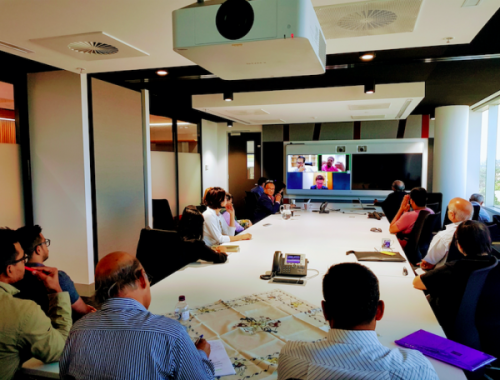 Following a slew of activities in 2018 following the 2017 exodus, on the occasion to commemorate the 2nd on, Asia Centre’s Dr. James Gomez spoke at the International Conference on Protection of Rohingya Survivors and Accountability for Genocide, on 23 August 2019, at Sogang University, South Korea. There he presented a base-line study on hate speech in Southeast Asia and the possible repercussions for Myanmar during the upcoming general elections in 2020. Dr. Gomez made the point that hate speech increases during the run up to elections. Given Myanmar’s internet penetration is expected to rise from 39% in 2019 to about 50% towards the 2020 general elections, he cautioned that anti-Muslim/Rohingya rhetoric is also expected to rise online. Dr. Gomez and Professor Yanghee Lee (UN Special Rapporteur on the situation of human rights in Myanmar) also discussed Asia Centre’s plans for its upcoming conference on Hate Speech in Asia.

Asia Centre continues to monitor and voice concerns through different channels about the situation confronting the Rohingya refugees. Through media commentaries, speaking engagements, research and organising dedicated events, the Centre highlights the deficiencies in ASEAN’s approach to solving the Rohingya refugee crisis to date.

Freedom of Expression A Fundamental Right