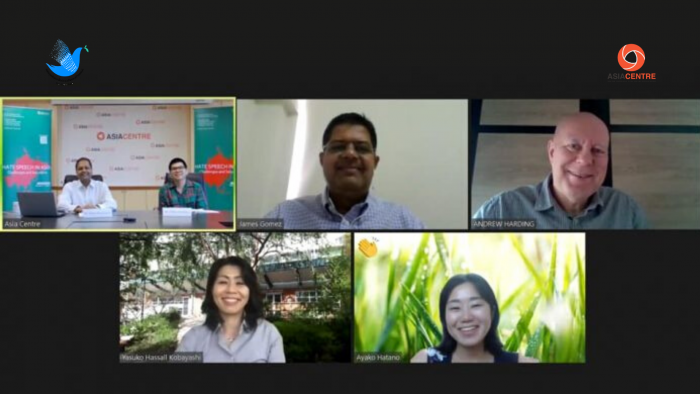 Legal and non-legal measures to regulate hate speech should not infringe on freedom of expression. This was the cautionary advice arising from speakers and participants at Asia Centre’s first webinar that discussed the impact of COVID-19 crisis on hate speech in Asia.

Over 215 attendees from a total of 395 registrants took part in the proceedings (See link to video). The webinar was the first of two on hate speech convened with the support of the Thai Media Fund. A second webinar, “COVID-19 and Vulnerable Communities”, is scheduled for 24 June 2020 which will discuss COVID-19’s impact on vulnerable and marginalized communities. 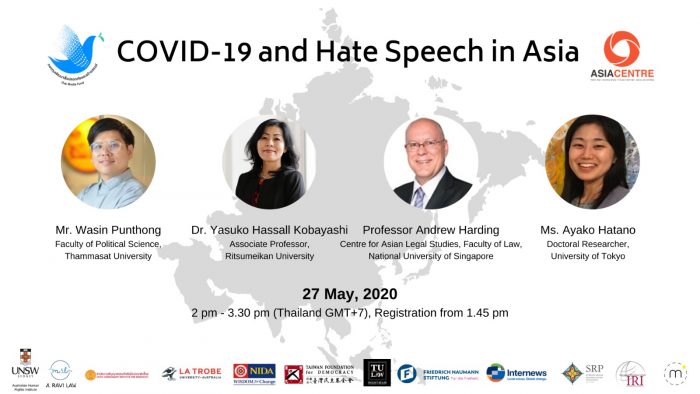 The webinar kicked off with a presentation of Asia Centre’s draft baseline study on Hate Speech in ASEAN, produced in collaboration with the Thai Media Fund. Dr. James Gomez outlined the key findings of the report. The main point was that hate speech analysis needs to move beyond the traditional racial and religious markers. Hence, it needs to encompass hate speech towards other groups such as the LGBT community, refugees and asylum seekers and migrant workers as well as those holding different political values and ideology. The report calls for expanding the definition of hate speech taking into account these other forms. 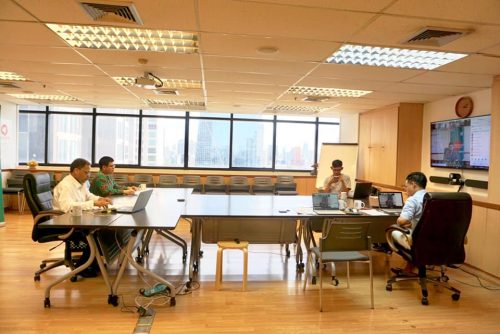 In considering such expansion, a cautionary note was sounded by Prof Andrew Harding against over-regulating hate speech. Dr. Harding noted the potentially deleterious impact on freedom of expression from any change to include new groups. Such expansion should not be too hasty and should be guided by key principles: necessity, proportionality (to the mischief being addressed) and a high threshold for limiting free speech. 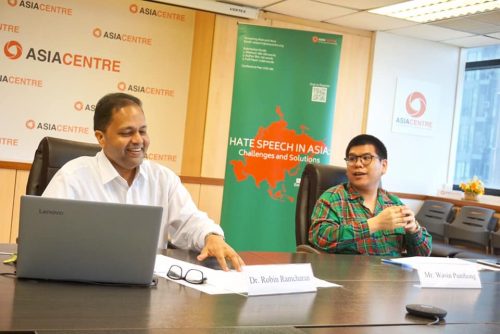 Moving away from law, Dr. Yasuko Hassall Kobayashi called attention to the need for building social resilience in the context of post-colonial states. Majority-minority dynamics inherited from the colonial era, she noted, perpetuated in-group and out-group mentalities that are characteristic to the “nation-state” idea. New tools for building social trust were required.

In this connection, the role of rational and reasonable political discourse was treated by Mr. Wasin Punthong. He highlighted the deep divide in Thailand over political values between generations and social classes in a society marred by inequality. He said that the problem in Thailand is about implementation of the existing law which is quite selective. 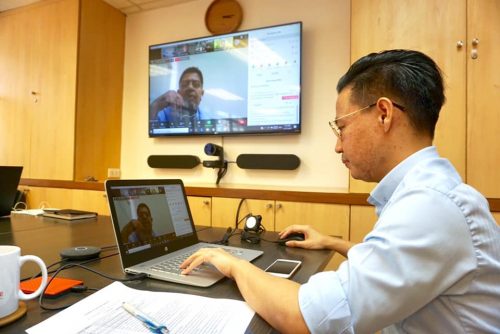 Thereafter participants were able to put questions to the speakers. These included  the role of nationalism in fostering hate speech, the effectiveness of interventions or programmatic responses to hate speech, and that of exploiting cultural and political identities to mobilise electoral constituencies for political gain. Overall, the thrust of the discussion pointed to the need to address hate speech firmly through various legal and non-legal measures but to proceed cautiously in order not to infringe on rights, especially freedom of expression.

Asia Centre will continue its exploration of hate speech at the next webinar “COVID-19 and Vulnerable Communities” on 24 June 2020. The findings drawn from the webinars will be used to finalise the baseline study in July 2020. The report will be presented at Asia Centre’s International Conference on Hate Speech in Asia; Challenges and Solutions from 7-9 October 2020.

The event has 10 international partners confirmed and will be held in collaboration with the Thai Media Fund, Faculty of Law, Thammasat University, Friedrich Nauman Stiftung and the Taiwan Foundation for Democracy. For more information contact: research@asiacentre.org