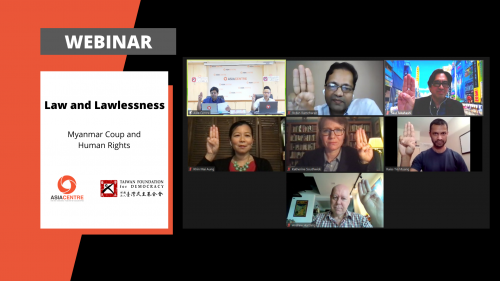 Asia Centre’s webinar, “Law and Lawlessness: Myanmar Coup and Human Rights” on 11 March 2021 discussed the 1 February 2021 Myanmar military coup. The event attracted over 88 participants and gathered over 1,000 views during its live-streaming  (watch here).

The one and a half hours discussion centred on strategies of “getting to the other side” –  that is, end the protracted violence. Thereafter, assuming the military gives in and is cooperative, initiate an inclusive political process to draft a new constitution. This whole process of “getting to the other side” might take 10 to 15 years, if not longer. 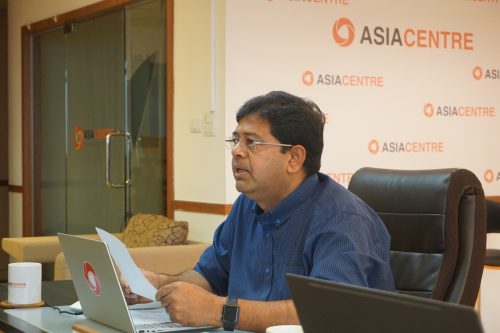 Asia Centre’s Regional Director, Dr. James Gomez opened the event by outlining the key developments in the 39 days preceding. He said to date international sanctions were limited in their effectiveness, Asian governments were rhetoric heavy and that the Myanmar people were being left very much on their own against the military. Given this situation, Dr. Gomez said the webinar was organised to raise awareness, gather expert opinion and find ideas for “getting to the other side”.

The first speaker Khin Mai Aung, a lawyer and member of the Burmese diaspora, suggested inclusiveness as an approach. Drawing from previous lessons in Myanmar’s political history, she provided examples how the minority voices contributed to solutions for Myanmar. Although, the voices of Myanmar’s ethnic minorities are not much talked about, their voices can help create a vision to move beyond the current impasse. In this regard, the NLD party can play an inclusive role by bringing together Myanmar’s minorities to build a new national vision. 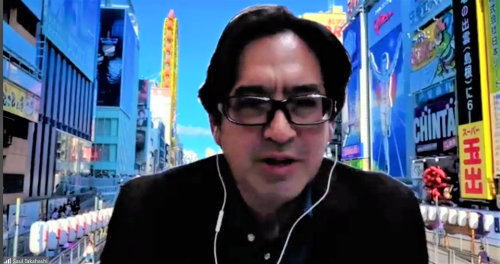 Saul Takahashi, Professor of Human Rights and Peace Studies, Osaka Jogakuin University, was the third speaker. He analysed how countries, that associated with Myanmar, were responding to the situation. Taking the case of Japan, which is a major development aid donor, he pointed out, was clearly deficient on the human rights side. Instead, he highlighted that Japan described the coup as an emergency and that was not helpful. From this point of view, Japan should take action and stand on the side of human rights. 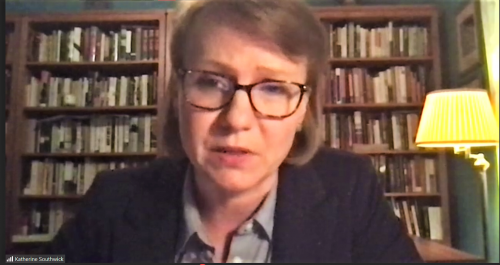 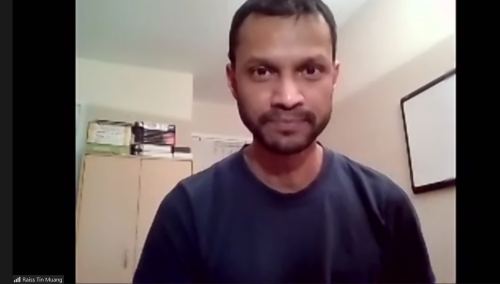 The final speaker was Raïss Tin Maung, Founder and board chair, Rohingya Human Rights Network. He said, while the Rohingyas were not able to participate in the protests on the ground due to risks, he felt that Rohingyas abroad, including those in the camps in Cox’s Bazar can support the protest through pledging solidarity. He highlighted that as long as the Rohingyas are welcome as citizens of Myanmar they will be willing to contribute towards building a new Myanmar. 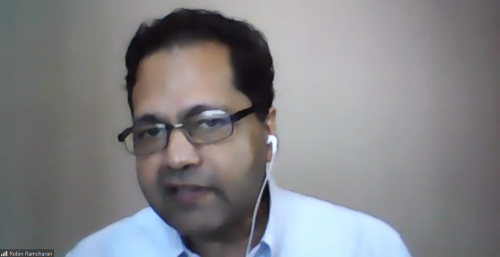 Asia Centre’s Executive Director, Dr. Robin Ramcharan, wrapped up the event by pulling together the ideas from the panelists and participants together on how to “get to the other side”. He particularly pointed out there are challenges about being united in the struggle and that solutions for Myanmar may take a long time due to the politics of the global order. He also said that multicultural federalism might be the way to be inclusive but whether this could be politically feasible within Myanmar remains to be seen.

The webinar was co-convened by the Asia Centre and Taiwan Foundation for Democracy. It is part of a series of activities on Myanmar that includes interviews with the media (watch Dr. James Gomez on ABC Australia) , writing commentaries (read Myanmar’s troubles signal erosion of democracy in Southeast Asia) and undertaking evidence-based reports such as the “Myanmar Coup and Internet Shutdowns”

If you are interested in partnering with Asia Centre on any of these activities do email us at contact@asiacentre.org