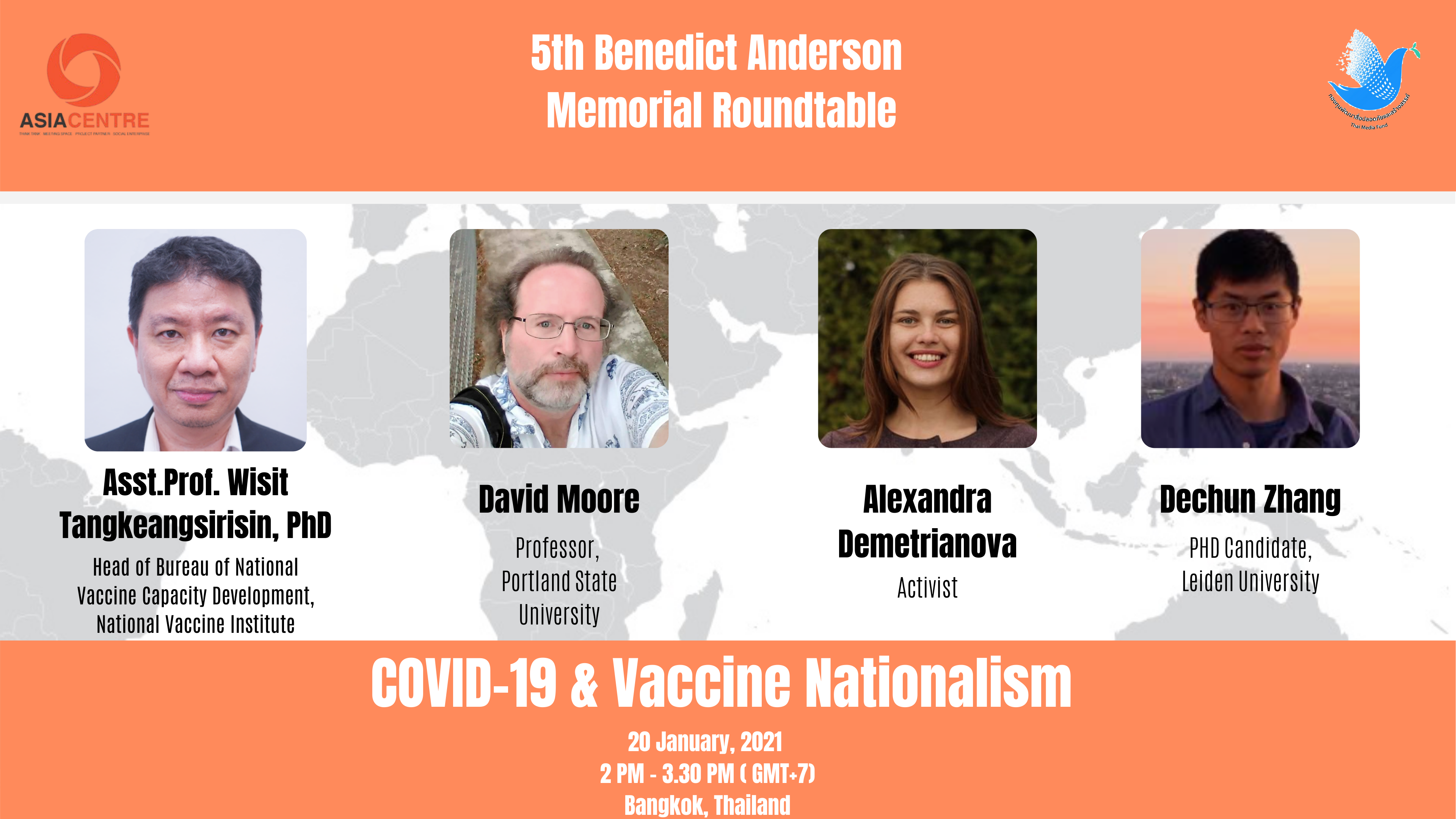 Due to high demand for a COVID-19 vaccine, there have been a number of pre-purchase agreements being made between governments and vaccine manufacturers to secure and prioritise a country’s needs before others. This is now commonly known as ‘vaccine nationalism’. As a range of vaccines are being developed and tested in numerous clinical trials globally, several wealthier countries such as the US, UK, France, Germany have entered these pre-purchase agreements. In doing so, there is now a growing fear that advanced agreements like such will make the initial release of vaccines unaffordable and inaccessible to the less-developed countries and, in turn, the vaccines are prioritised to the more-developed countries in a world of 8 billion people. On 20 January 2021, Asia Centre and the Thai Media Fund will hold the Benedict Anderson 5th Anniversary Memorial Roundtable to discuss the COVID-19 pandemic impact and the development of ‘Vaccine Nationalism’. This event is to commemorate the work of the late Professor Benedict Anderson on nationalism. Asia Centre has held 4 previous memorial roundtables.