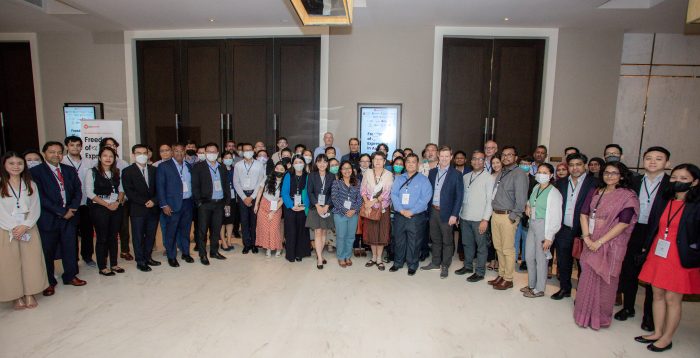 From 24 to 26 August 2022, Asia Centre convened its 7th International Conference: ‘Freedom of Expression in Asia’. Following the relaxation of COVID-19 restrictions, participants and panellists flew from different regions to join the Conference held at the Radisson Blu Plaza Hotel, Bangkok. Meanwhile, those who could not join in-person due to travel and health advisories participated remotely via Zoom.

A total of 16 panels were convened with 63 speakers, of which 54 percent were male and 46 percent were female. There were 80 people joining the conference on-site and 20 online, bringing the total number of people at the Conference to 110.

The conference examined the current state of freedom of expression in Asia following the pandemic which has given rise to authoritarianism in the region. Throughout the three days, the following major themes were discussed: impacts of laws that interfere with freedom of expression, commonalities that Asian governments share in suppressing simmering political discontent, personal experience and ordeal of human rights defenders from different countries, balance between freedom of expression and content regulation in cyberspace. There were also six country panels covering Thailand, Indonesia, Bangladesh, Cambodia, Japan and Korea.

On the first evening, participants were welcomed by Robin Ramcharan, Executive Director of Asia Centre who introduced the first panel by the Council of Asian Liberals and Democrats (CALD). Speakers from Singapore, Cambodia and Taiwan shared cases of political persecution in their respective countries. They pointed out that their governments have – or at least used to in the case of Taiwan – employed both extrajudicial tactics, including killing, and legal means to silence their critics to maintain their grip on power.

Browning remarked that the internet has enhanced the enjoyment of freedom of expression by providing people with access to information. But to perpetuate and protect this enjoyment, there needs to be clear regulations in order to ensure safe and secure access and build trust and confidence between government, public, and internet providers. 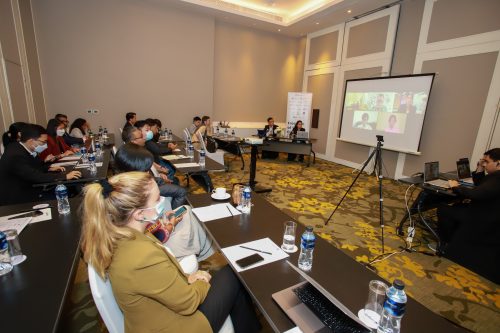 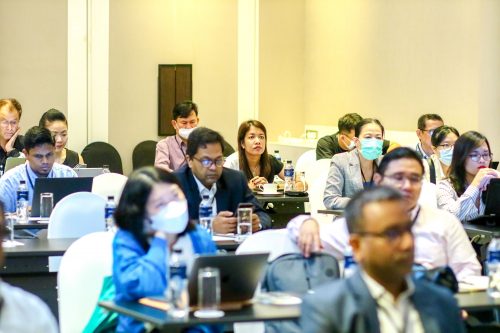 On the third day, the last day of the conference, 8 panels consisting of university researchers, government units, activists and media organisations examined the development of legal frameworks on access to information and freedom of expressions in selected countries in Asia, media freedom, digital literacy and disinformation, platform governance, hate speech, impacts of COVID-19 and philosophical consideration on freedom of expression and experience of human rights activists. 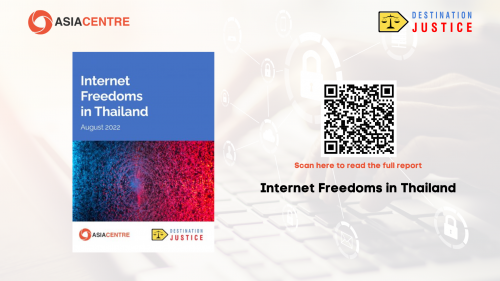 In the last panel of the Conference, Doreen Chen, Executive Director of Destination Justice, launched a baseline study Internet Freedoms in Thailand which is a collaboration between Asia Centre and Destination Justice. The report reviews and analyses legislation that impacts internet freedoms in Thailand. These include provisions in the Constitution, Penal Code, the Computer Crime Act, the Cybersecurity Act, and the Emergency Decree. The report can be accessed here. 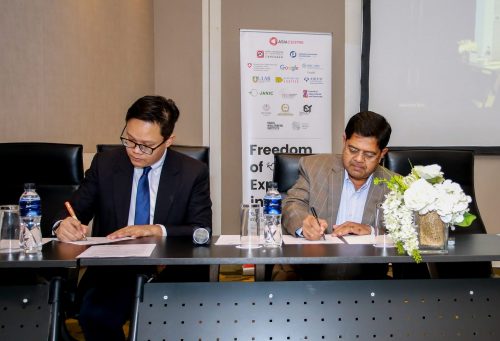 At the end of the conference, Asia Centre’s Dr. James Gomez, joined by Dr. Narut Charoensri, Vice Dean at the School of International Affairs, Faculty of Political Science and Public Administration, Chiang Mai University signed an agreement to co-convene the 8th International Conference: ‘Democracy and Elections in Asia’, which will be held in Bangkok from 23 to 25 August 2023. The details of the conference are available here.

The conference is Asia Centre’s annual event where it brings together its partners to share the outcomes of their programmes and network for future collaborations. Over the years, the conference has become a platform for a range of actors to meet and discuss key human rights issues.

Recordings of selected conference panels are available on Asia Centre’s YouTube channel and photo albums are published on the Centre’s Facebook page.