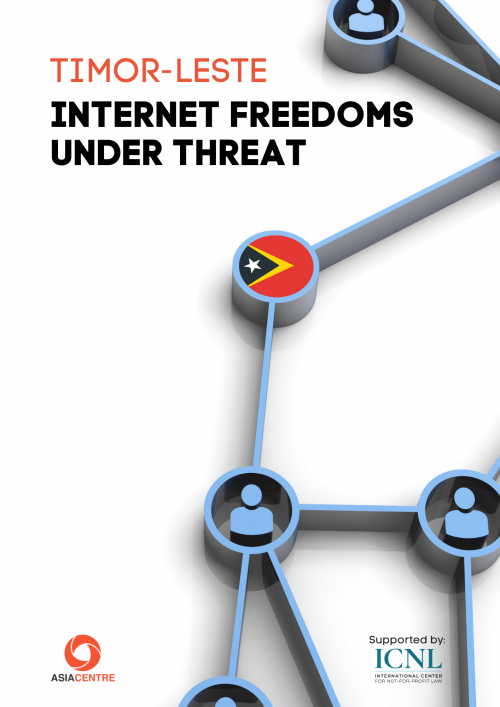 Timor-Leste: Internet Freedoms Under Threat analyses the state of internet freedoms against the background of emerging national legislation pertaining to online content and privacy of data. With the rise in internet and social media usage, the scrutiny of government figures on digital platforms has resulted in a push for legislation aimed at cracking down on criticism, and allowing for surveillance and interception of online content. The collection of personal data in a move to digitalise public administration and the economy, furthers the risk of online surveillance of critics. This report examines the potential regression in online political expression that may emerge should the proposed laws and amendments such as the Draft Criminal Defamation Law, Draft Cyber Crime Law and the announced Data Privacy and Protection law be introduced. In order to promote and protect internet freedoms in Timor-Leste, this report provides specific recommendations that can be used as a tool box for freedom advocates to amend, or remove certain provisions in current and draft legislation.

Internet Freedoms in Cambodia: A Gateway to Control