Journalism for the Equitable Asia Award 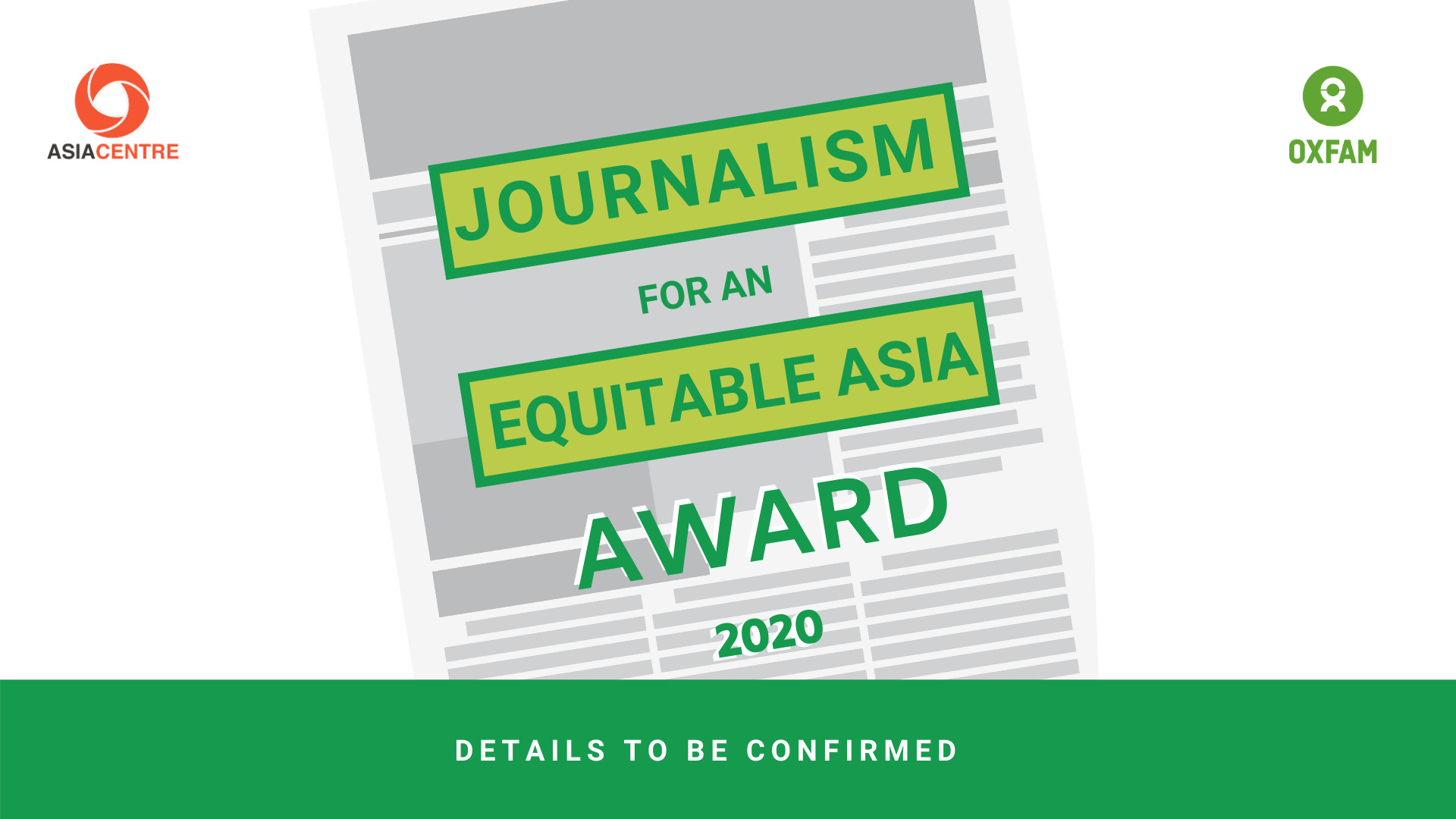 Journalism for an Equitable Asia Award

Asia and Pacific showed the biggest billionaire wealth and growth in the world last year, now with 906 billionaires owning nearly 3 trillion dollars in wealth. In contrast, 1.2 billion Asians are struggling to make ends meet. Women and girls and other groups without a strong voice suffer the worst. Impacts of the climate crisis have seen an increase in disasters across Asia, and they hit those disadvantaged the hardest.

As thought leaders and creators, journalists have the skills and voice to expose social issues of inequality to build the public’s understanding and support for equality, human rights, and sustainability. There are many journalists across Asia who report to fight the injustice of inequality and poverty. Journalism for an Equitable Asia Award aims to recognize them and encourage more journalists to write for a fairer Asia that works for all its people.

The award will launch onsite or online in several countries in South and Southeast Asia: Bangladesh, Malaysia, Myanmar, Pakistan, Philippines, Thailand, and Vietnam.

Journalists are eligible for nomination if they meet the following criteria:

* Journalists may also submit articles published in other languages with a mandatory English translation.

The Judging Panel will be made up of 5 people media and inequality experts, and will include representation from the Asia Centre, Oxfam International, and Civil Society partners.

*  Depending on their ability to participate.