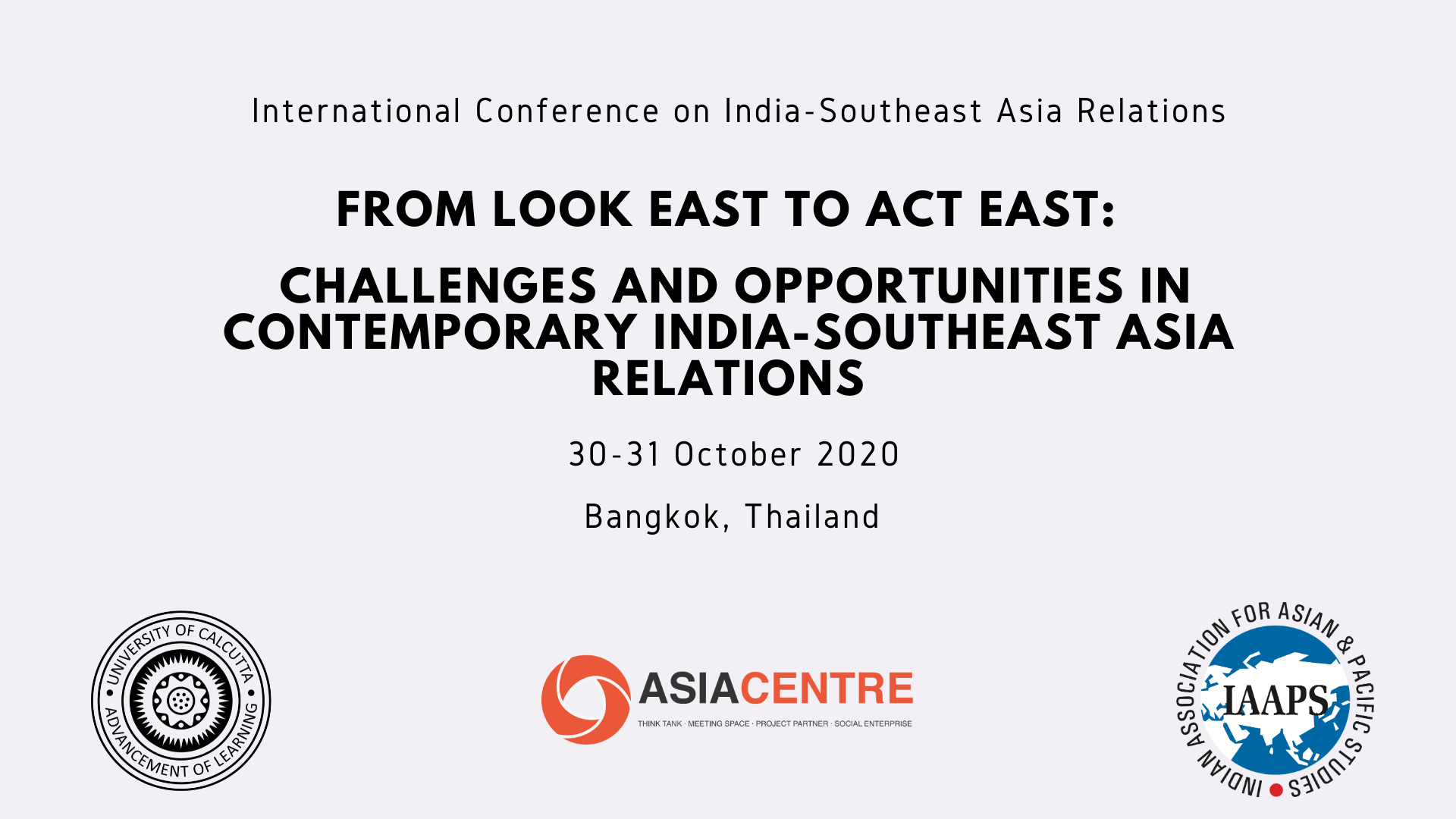 Whereas one can trace India’s relations with Southeast Asia (SEA) through history, their interaction has reached unprecedented levels as India moved from its “Look East” policy of the early 1990s, to “Act East” under Prime Minister Narendra Modi. ‘Act East, adopted in 2014, represents a realignment of India’s foreign policy, which seeks to build on historical ties between India and SEA.

India had a close connection with different regions of SEA. Land routes through East Bengal, Assam and Manipur transported the Indians to the further east. Indians travelled to Upper Burma through various passes in Manipur hills and to Lower Burma through Arakan and also reached places such as Malay, East Indies and Indochina by crossing the Bay of Bengal.

Commercial and trade connections between India and SEA paved the way for cultural diffusion between these 2 regions. As a result, India left its cultural imprints on SEA societies and culture. The Brahmans introduced Indian court customs, the theory of monarchy, administrative organization on Indian patterns, laws based on Manu’s code, Indian epics, the Ramayanaand, the Mahabharata and also works on a variety of subjects like philosophy, medicine, mathematics and religious lore. This led to the spread of Indian culture and civilization in the Southeast Asian region and the period of diffusion lasted from about the beginning of the first until the end of the twelfth century. This resulted in a certain degree of cultural acculturation. In fact, acculturation takes place only when each of the two distinct cultures has the elements of accommodating and absorbing each other.

These historical linkages lead to present day convergences. Contemporary India-Southeast Asia relations are no longer hampered by Cold War era divergences that prevented a closer relationship between India and the Association of Southeast Asian Nations (ASEAN).  The collapse of the Cold War structure occasioned a rapprochement of the hitherto Soviet-leaning India with both the West and East. Look East represented an attempt to approach the West and integrate in international trade networks through an ASEAN springboard. Moreover, in 1996, India joined the ASEAN Regional Forum, a regional security forum in which all the world’s major powers are participants and on an equal footing, unlike the United Nations Security Council.

The geopolitical configuration in Asia is a multi-polar one, with ASEAN, India, Japan and the United States (the Quartet) aligned with each other. All of them espouse the Indo-Pacific concept. The strong-arm tactics in the South China Sea, has pushed the Quartet closer together as China rises economically and militarily.  While the United States and Japan have heavily promoted the Free and Open Indo-Pacific (FOIP) strategy to hedge against China since 2017, India and ASEAN members, though they have embraced the Indo-Pacific concept, have remained cautious due to fear of antagonizing China.

In this context, India has sought closer collaboration with Southeast Asia to tap into ASEAN’s market to promote economic growth, especially to the poorer northeastern region, as well as to combat China’s rise. In turn, ASEAN states received funding from India to support collaborations across political, economic and socio-cultural sectors and in the financial year 2017/2018, India-ASEAN trade has increased steadily and stood at US$ 81.33 billion. India-ASEAN defence and military ties have also increased, notably with Indonesia, Singapore and Vietnam.

India’s northeastern region is strategic given its proximity to Myanmar, an ASEAN member-state that has very close relations with China. Modi’s 2014 ‘Act East Policy’ looked to commerce, culture and connecting the northeast to SEA states to further encourage economic activity in that area. The development of India’s northeastern region remains vital in Modi’s political agenda, and is incorporated into Vision 2020 to promote basic self-sufficiency in that region.  With the South Asian Association for Regional Corporation (SAARC) stalled, India has turned to the  Bay of Bengal Initiative for Multi-Sectoral Technical and Economic Cooperation (BIMSTEC) initiative to try to achieve greater connectivity between India and Southeast Asia. BIMSTEC membership includes Bangladesh, Bhutan, India, Myanmar, Nepal, Sri Lanka,  and Thailand. The importance of India’s northeast is self-evident.

Academics, post-graduate students, policymakers, think tanks and civil society organisations are invited to submit a 300 word (maximum) abstract, addressing one of the themes below, for review.

The conference aims to analyze the cultural, historical, economic, military and political relations between India and Southeast Asia. Six themes will be examined:

A flat, non-refundable, conference fee of USD$ 200 is payable for all keynote, paper and poster presenters, participants and drop-in visitors.

The conference fee covers the cost of the venue, equipment and logistics, lunch and breaks on conference days, certificates for participants, conference communications and staff. The fee does not cover accommodation, local transport and flight.

Conference Proceedings will be published on the website of Asia Centre. Thereafter selected papers will be considered for a peer-review process with a view to producing a book by a reputable international publisher.

The Conference is being convened by Asia Centre, Bangkok, Thailand, The India Association for Asian & Pacific Studies (IAAPS), Kolkata and the University of Calcutta.