Japan needs to recalibrate and reevaluate its engagement with Southeast Asia (SEA) in view of China’s ascendency and the United States’ (US) uncertain engagement with the region. As Japan navigates competition from China and other rising powers, the influence of its economy will diminish. The question therefore, is how should Japan frame its foreign policy towards Southeast Asia in this new context. Policy experience, soft power project, people-to-people dimension or values based diplomacy on principles of democracy and human rights are non-economic dimensions that are likely to feature more as its foreign tools.

The debate over a non-economic approach emerged as the key discussion point at the 4th October 2019 “Japan-ASEAN Roundtable: Competing for Influence in SEA”, organised by Asia Centre and supported by the Japan Foundation. It brought five expert panelists and 40 participants together to discuss current regional dynamics and Japan’s engagement with ASEAN moving forward. 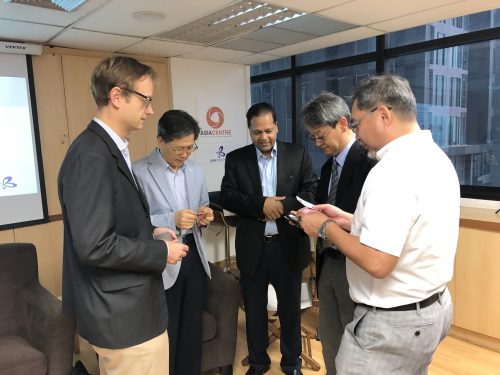 The event opened with remarks by Dr. Robin Ramcharan, Executive Director at Asia Centre, who traced the evolution of Japan-ASEAN relations: starting with the Fukuda Doctrine till current day, where Japan-ASEAN relations operate within burgeoning tensions between the US and China.

The expert panelists made the following inputs:

Japan’s economic impact, outlined by Mr. Daisuke Hiratsuka from Japan External Trade Organization looked at Japan’s role in the current dynamics of SEA. In recent years, China has been increasing its presence through e-commerce firms, the Belt and Road Initiative (BRI), fruit cultivation, Chinese tourism in SEA. At the same time, Mr. Hiratsuka noted that current dynamics need not necessarily decrease Japan’s presence but that Japan should look to value-add in other ways — in particular, through knowledge sharing for policy implementation.

The purportedly anomalous development of military cooperation in Japan-ASEAN relations and whether it signalled a radical realignment, shifting from the Fukuda Document of ‘heart to heart’ approach, was addressed by Dr. David M. Malitz of BALAC, Chulalongkorn University. In providing an overview leading to the present context of the Japanese-ASEAN security relations, Dr. Malitz noted complementarities between ASEAN and Japan in the area of non-traditional security. Even in traditional security matters, he noted long-standing cooperation between the two. With the tense climate of US and China playing a zero-sum game and the emergence of non-traditional security issues like cyberwarfare, taking a multi-channel comprehensive approach, including that of military diplomacy, is a necessary way forward. 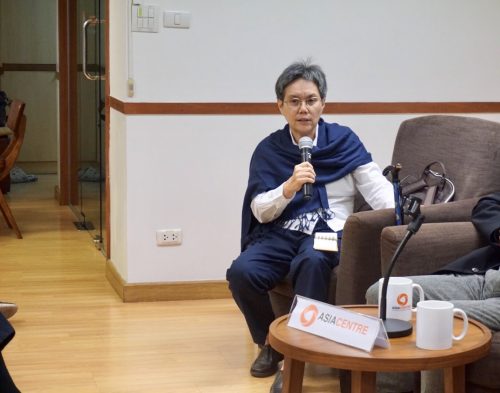 Japan’s soft power appeal was examined critically by Dr. Saikaew Thipakorn of the Japan-ASEAN Studies Center, Chulalongkorn University. She outlined the realm of cultural diplomacy in terms of the establishment of the Japan Foundation, the Japan Society for the Promotion of Science and the Association for Overseas Technical Scholarship. However, while successful at nurturing young minds and developing human resources, Dr. Thipakorn pointed out the limits of Japan’s soft power influence over Southeast Asia stating that it does not have any real impact in foreign policy terms.

As part of its strategy to counter the formation of rival blocs globally, Japan’s undertaking of the Free and Open Indo-Pacific strategy (FOIP) was reviewed by Dr. Sueo Sudo of Thammasat University. The quadrilateral nature of FOIP (involving the US, India and Australia) and the panoramic targeting of Asia-Pacific and Africa in theory is aimed at maintaining the global order and to combat the challenges of a rising China. In practice however, there are ambiguities surrounding FOIP like the feasibility of ASEAN’s centrality in the strategy and the absence of Africa in ASEAN’s approaches. Moving ahead, Dr. Sudo posited that Japan should look to clarify and determine what FOIP means.

Besides using FOIP to counter the rise of China, Mr. Saul J. Takahashi from Osaka Jogakuin University also urged that it is imperative for Japan to better define its own political identity in order to formulate clear policies in the current geo-political context. Leveraging on a Chinese proverb by titling his presentation ‘The Fox in the Shadow of the Tiger: The Need for An Independent Identity’, Japan was metaphorically represented as the fox and US as the tiger – he expounded on the need for Japan to step out of the shadows of the US. While there have been low-level efforts to engage SEA on bilateral terms and combative rhetoric against China is slowly being retracted, Japan should work to realign its foreign policy on its own terms and to democratic and human rights values.

Adding to the need for reevaluating Japan’s SEA engagement strategy, panellist Dr. Taro Mochizuki from Graduate School of Letters, Osaka University followed with another dimension — how should Japan differentiate its influence from extra-regional actors’? Dr. Mochizuki noted that over 90% of foreign students of nearly 300,000 come from Asia, of which 65% are from China. Although there are social infrastructures in place like awarding scholarships to foreign students there is a rising trend of privately funded students studying in Japan. Dr. Mochizuki proposed that this trend supports the effectiveness of fostering more people-to-people ties into Japan’s regional strategy. 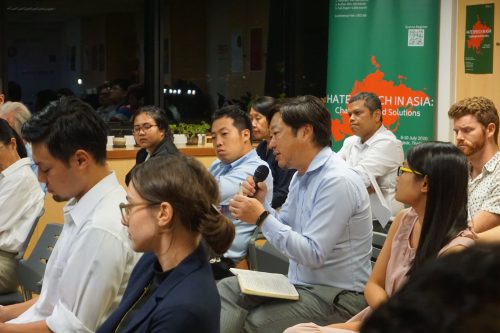 In the backdrop of increasing political uncertainty, Japan needs to reimagine its role within the Southeast Asia region and beyond. Caught between the reality of not being able to outspend China and not casting aside long-standing diplomatic ties with the US, Japan needs to lean into bolstering non-economic dimensions of engagement. Given that foreign policies’ goal is to support national interests, Japan needs to first look within to determine its own identity outside the shadows of the US. Moving forward, it should rework its soft power strategy, utilize people-to-people relations, tap into a multi-channel security approach and leverage on its democratic and human rights values to further relations with SEA. Only then will Japan be able to reinvent its engagement with Southeast Asia in the changing geopolitical context.

This roundtable is the second on Japan-ASEAN relations. The first roundtable held in August 2017 focused on how the adoption of a human rights dimension to Japan-ASEAN economic and business relationship will provide greater traction for Japan in the region. Both events were organised by Asia Centre, with the support of the Japan Foundation. Click here to see more photos from the event.