The Benedict Anderson 1st Anniversary Memorial Roundtable was a tribute to the life and legacy
of the late professor. Centring on the topic Nationalism, Citizenship and Statelessness: Current Issues and Developments in Asia, the discussion attracted an audience of some 65 people, and featured a panel of diverse expertise. This event follows our inaugural memorial Debating Imagined Communities: A Tribute to Benedict Anderson held on 30 January 2016, and will be an annual feature in the Asia Centre calendar. 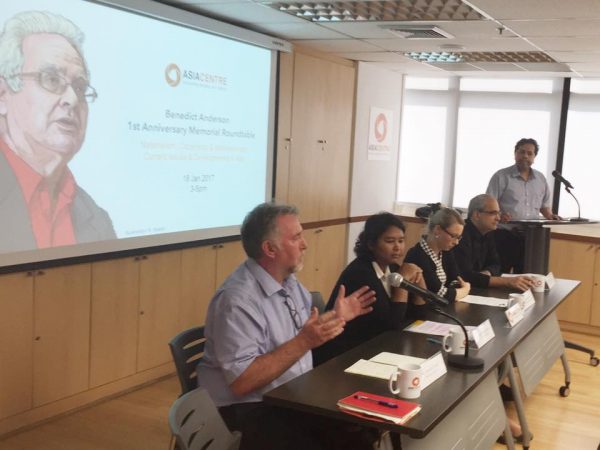 Professor Kenneth Christie of Royal Roads University in British Columbia, Canada, and an expert on peace, development and security, provided an overview of Anderson’s concept of “imagined communities”.  The point was made that the nation-state and nationalism are modern constructions. Citizenship entailed a sense of shared community among diverse peoples with common values and rights.  The construction of shared communities was a global phenomenon as Anderson sought to show in his comparisons of nationalist experiments around the world. 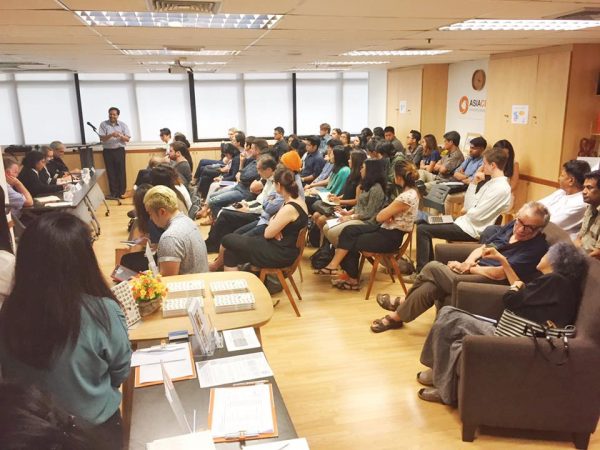 Ms Chontida Auikool, a lecturer from Thammasat University’s ASEAN-China programme provided insight into the Indonesian Chinese community’s struggle for inclusion and integration, and how anti-Chinese sentiment plays out in contemporary developments.

Maritime nomadic communities in the region who face inter-generational statelessness are often rendered invisible according to Asia Pacific Refugee Rights Network (APRRN) Senior Programme Officer Ms. Helen Brunt. Using a case study of the communities in the Sulu Zone, she argued that migration flows in the region predate the development of nation states, a legacy that contributes to statelessness. Their lack of documentation and being labelled ‘illegal migrants’ condemns them to continued discrimination.

Dr. Kevin Downey, a lecturer at Thammasat University and expert on political development, identity, civil society, and democratization in South and Southeast Asia discussed the lack of causal explanations for negative views on immigrants, ‘the other side of statelessness’. He went on to offer a hypothesis premised on the notion of insecurity and precarity in the era of globalisation, which features many dislocations and rising economic inequality. 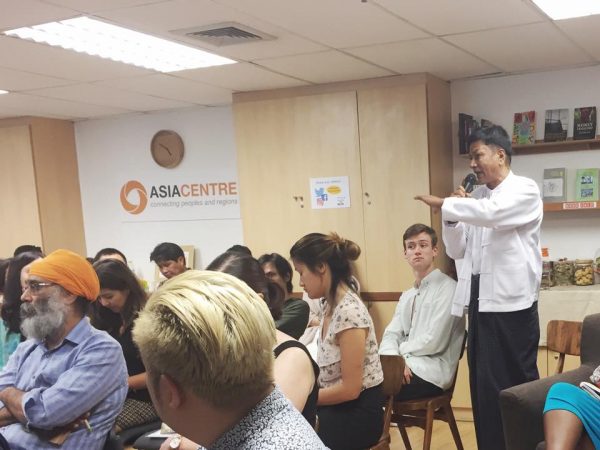 In the question and answer period moderated by Asia Centre’s Dr. Robin Ramcharan, potential flashpoints were mentioned. The two that were highlighted are: Rakhine State in Myanmar and the rise of intolerance in Indonesia. These are areas to monitor going forward, despite progress in democratizing both countries.

A Life Beyond Boundaries

The event also saw the Bangkok launch of Anderson’s memoir

A Life Beyond Boundaries. Anderson defied his contemporaries by “globalizing” the study of nationalism and engaging in comparisons of seemingly disparate nation-states. In this work he also critically assesses the nation-state as a  unit of analysis, noting that people globally formed communities around a great variety of interests that transcended boundaries and nations. A limited number of copies is available at Asia Centre for 450 Baht, if you are interested in getting a copy you can drop us an email at info@asiacentre.co.th.

You can view images from the event here.